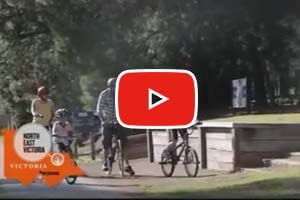 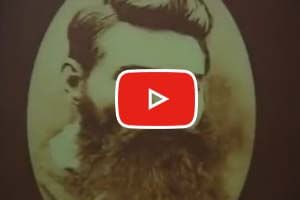 Wangaratta Activities Things To See & Do

The original Wangaratta Region inhabitants were the Pangerang peoples who spoke a Gunai language. Many of the Pangerang were killed in the Gippsland massacres.

1824 The first European explorers to pass through the Wangaratta Region were Hume and Hovell, who named the Oxley Plains immediately south of Wangaratta

1836 Wangaratta’s Favorable Report. Major Thomas Mitchell expedition he made a favourable report of its potential as grazing pasture.

1838 Wangaratta’s first squatter to arrive was Thomas Rattray, who built a hut (on the site of the Sydney Hotel) founding a settlement known as “Ovens Crossing”.

1843 The Ovens Post Office opened on 1 February 1843. The Ovens office, and the Kilmore office which opened the same day, were the fifth and sixth to open in the Port Phillip District and the first two inland offices

1848 The name Wangaratta was given by colonial surveyor Thomas Wedge in 1848 after the “Wangaratta” cattle station, the name of which is believed to have been derived from an indigenous language and meaning “nesting place of cormorants” or “meeting of the waters”

The first land sales in the Wangaratta Region occurred shortly afterward and the population at the time was around 200. The first school was established by William Bindall on Chisholm Street with 17 students.

1852 Gold was found nearby at Beechworth in February 1852 and by the end of the year more than 8,000 prospectors rushed the fields of Ovens and Beechworth.

1855 Wangaratta became a major service centre to these goldfields. As a result, the first bridge over the Ovens was completed in early 1855.

1863 A seven-member council incorporated the Borough of Wangaratta on 19 June 1863.

The 1870s saw Wangaratta’s settlement establish a number of key infrastructure and services including the first water supply.

1872 the fire brigade was established

1880 28 June, Ned Kelly Captured at Glenrowan located just 10 km from the Wangaratta saw the famous shoot out between the Kelly Gang & the constabulary which led to the capture of Australia’s most famous bushranger, Ned Kelly.

1883, the railway was connected through to Sydney.

The Wangaratta Region population at the turn of the century reached 2,500 and the centre had developed an imposing streetscape of hotels, commercial public and religious buildings.

If you have better videos, historical pics or content please submit to wangarattahistory@findlocalbiz.com.au